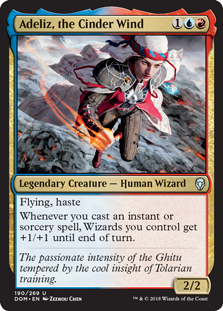 Whenever you cast an instant or sorcery spell, Wizards you control get +1/+1 until end of turn.

Adeliz’s last ability affects only Wizards you control at the time it resolves, including Adeliz itself. Creatures you begin to control later in the turn or that become Wizards later in the turn won’t get +1/+1.

Adeliz’s last ability resolves before the spell that caused it to trigger. It resolves even if that spell is countered. 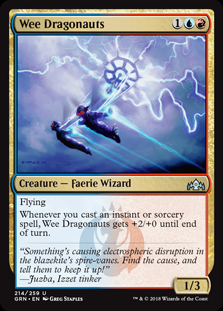 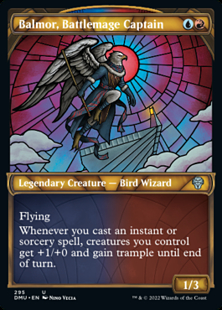 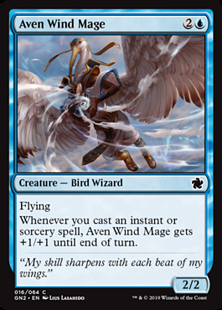