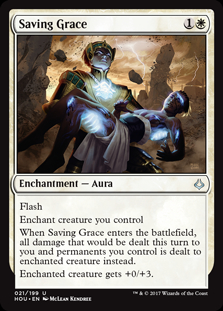 When Saving Grace enters the battlefield, all damage that would be dealt this turn to you and permanents you control is dealt to enchanted creature instead.

Saving Grace’s ability has no effect on damage already dealt earlier in the turn.

More damage can be redirected to the enchanted creature than it has toughness, as long as that damage is all dealt at once (like combat damage is).

Saving Grace’s redirection effect doesn’t change the source of the damage or whether the damage is combat damage.

If you have more than one Saving Grace enter the battlefield in one turn, all damage that would be dealt at once to you and/or permanents you control is dealt to one of the enchanted creatures of your choice. It’s not dealt to all of them, and you can’t split the damage between them. 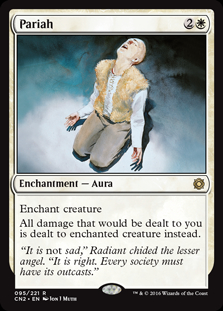 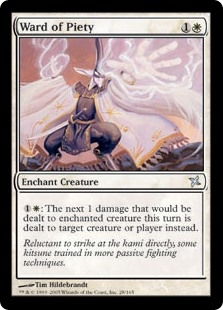 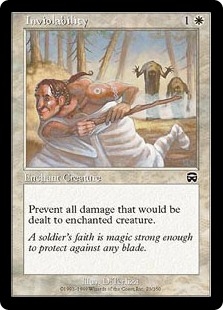