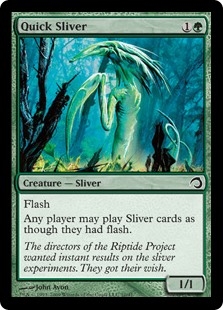 Any player may cast Sliver spells as though they had flash.

Abilities that Slivers grant, as well as power/toughness boosts, are cumulative. However, for some abilities, like flying, having more than one instance of the ability doesn’t provide any additional benefit.

If the creature type of a Sliver changes so it’s no longer a Sliver, it will no longer be affected by its own ability. Its ability will continue to affect other Sliver creatures. 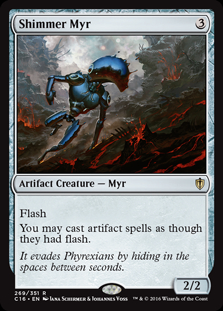 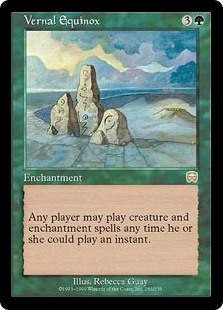