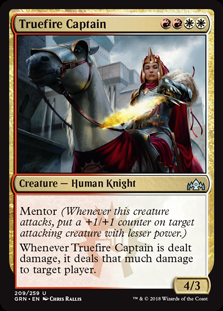 Mentor (Whenever this creature attacks, put a +1/+1 counter on target attacking creature with lesser power.)

Whenever Truefire Captain is dealt damage, it deals that much damage to target player.

If your life total is brought to 0 or less at the same time that Truefire Captain is dealt damage, you lose the game before its triggered ability goes on the stack.

Mentor compares the power of the creature with mentor with that of the target creature at two different times: once as the triggered ability is put onto the stack, and once as the triggered ability resolves. If you wish to raise a creature’s power so its mentor ability can target a bigger creature, the last chance you have to do so is during the beginning of combat step. 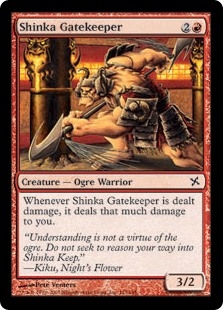 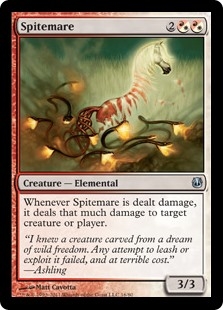 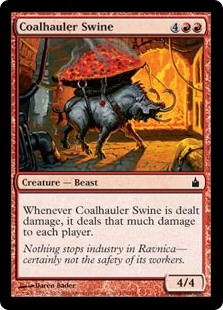