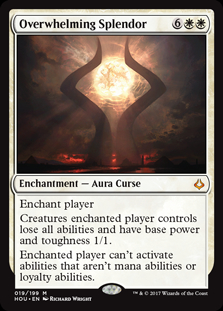 Creatures enchanted player controls lose all abilities and have base power and toughness 1/1.

If an effect grants a creature an ability after Overwhelming Splendor has become attached to its controller, that creature won’t lose that ability.

Overwhelming Splendor overwrites all previous effects that set a creature’s base power and toughness to specific values. Any power- or toughness-setting effects that start to apply to a creature after Overwhelming Splendor becomes attached to its controller will overwrite this effect. For example, the enchanted player’s Riddleform will become a 3/3 creature if player casts a noncreature spell.

Activated abilities contain a colon. They’re generally written “[Cost]: [Effect].” Some keyword abilities (such as equip and eternalize) are activated abilities and will have colons in their reminder text. Triggered abilities (starting with “when,” “whenever,” or “at”) of noncreature permanents are unaffected by the last ability of Overwhelming Splendor.

An activated mana ability is one that produces mana as it resolves, not one that costs mana to activate. A loyalty ability is an ability of a planeswalker whose cost specifies how many loyalty counters to give or remove.

While the enchanted player can still activate mana abilities and loyalty abilities, creatures that player controls won’t normally have any of those abilities to be activated. 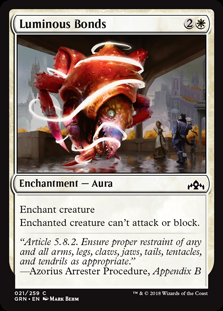 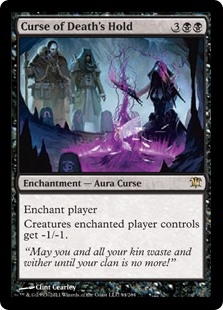 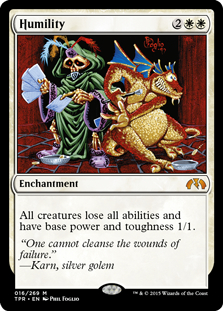